Fancy having to keep a track of receipts (over a lifetime) with tax liability assessed against the total? Could this be the successor to inheritance tax? 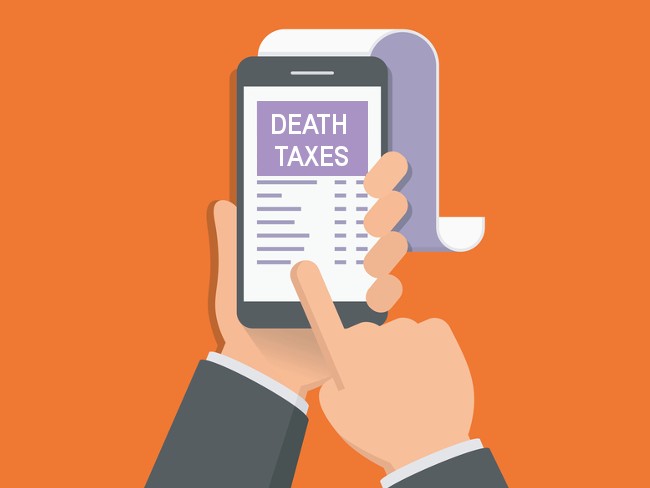 Tax changes and budgets are often used as a Bogeyman to nudge people along with their financial planning.

Whilst the centuries old leverage of terror was successful to get us all into the house before dark, the current proposed alterations to Inheritance Tax (IHT) however, might indeed have some reality to the fear.

IHT, as a tax, is as attractive as a late-night bar chat about Brexit. Despite the ability for a couple to pass over £850,000 free of IHT, receipts this year increased by 8% to £5.2 billion.

In January, a request was made by the Chancellor of The Exchequer to simplify the tax, and since then, there have been calls to abolish it. Inheritances for 2015/16 equated to £127 billion but the effective rate of IHT on that was just 4%.

For me, the tax doesn’t hit where it should, as the super wealthy have the estate well wrapped up in their Panama papers et al. The tax hits the unwary.

With the aim of ‘simplification’, a think tank has come up with its plans on the basis that IHT is unfixable. Remember how they came up with ‘pensions simplification’ where you would now need a master’s degree in pensions to navigate the treacle fog.

Of most concern for me are the potential changes that could come around for business property relief (BPR). The think tank wants to see if the current rules create any distortions that redirect tax payers’ investments and transactions.

Currently a qualifying asset held for two years attracts 100% BPR for IHT. I have, however, seen this marketed as ‘being outside the estate’ after two years. That is not true, and a government that changes the temporary relief to 50% or to nil, isn’t making a retrospective tax change, they are simply altering the current tax position, and full tax would then be payable on the assets held.

The suggestions here are to cap the relief, increase the time period the assets have to be held for, and then limit the relief to what it was intended for – farmers and business owners. Owners of the business asset would have to prove they had been in a working relationship with the company. A beneficiary would also have to receive at least 25% of the business.

Such measures potentially signal an end to BPR on investing into business assets and therefore if you are planning to do such a scheme now, I would always recommend speaking to your financial advisor.

Of great concern, will also be the thought to remove the tax-free treatment of pension pots inherited on deaths before age 75.

A recent comment, by a well-respected journalist, put forward that people should insure against the tax as we don’t know what the changes may be. Insuring, is simply paying a life insurance premium ensuring the tax man gets the tax. You are just paying it in advance. There are always ways to be sure you pay as little as is possible.

The think tank has proposed a move to a lifetime receipts-based assessment on the recipient as is already in place in Ireland and France. Individuals would have to keep a track of receipts (over a lifetime) and their tax would be assessed against that. Gifts of £3,000 or less per donor would be excluded.

Whilst I haven’t done my numbers, estimates are that this would double the annual tax take for the government, but I would believe it to be more.

Most hit are small families as there is a tax on an individual rather than two allowances from a couple gifting the money.

One trigger for me now, would be to make any gifts now that you were considering, otherwise they may fall into the new lifetime receipts.

If you have a question on Inheritance Tax please call 01872 222422, email [email protected] or visit WWFP.net.