£45.5 million. That surely is a good Saturday morning reading when you pick up your lottery winnings. But it isn’t all plain sailing as some of you might think, according to Peter McGahan. 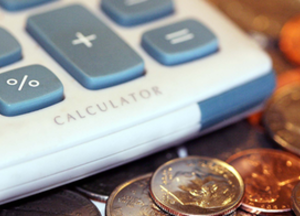 Consider the problems Les and Samantha, the lottery winners now have. There may be some mild sarcasm to follow.

What about inheritance tax (IHT)? The UK government will have helped Les and Samantha with the extra nil rate band for Inheritance tax. That will have pulled the total IHT bill down from £18,070,000 to a mere £17,940,000 - What a bonus that is. No sooner will they have the cash than they will indeed be trying to get rid of it.

And for savings and investments - the extra allowance for an ISA will help as Les can now put £10,200 into an ISA but Samantha will have to suffice with £7200 as she hasn’t reached the fine age of 50 yet. She can enjoy that pleasure in April 2010 when everyone will benefit from the higher allowance.

This is still more attractive than the good old investment bond which most people invest into. Unfortunately for Les and Samantha they will be hit for their highest rate of tax on the income on any gain in a bond. For example an investment into an onshore investment bond (which is basically a default vehicle for most bank or tied financial advisers) would enjoy the highest rate of tax on the gain. So they invest at year one and five years later after a return of 7% per year they decide to encash. The gain which is added to their income for the year is £18,316,103.

If plans to tax higher rate tax payers at a mere 50% come into play in April 2010, Les and Samantha will have to part with nearly £9m in tax. But consider the poor commission based financial adviser with his 7% commission who will have to struggle with over £3.1m commission initially. I suspect the Scaddings might bargain with them on their commission though.

So a few tips to consider: The accountant you used to work out your day to day expenses will probably need an upgrade.

Investments into an offshore bond should be considered but use a fee based adviser so as to pay for the services in a tax efficient manner. An offshore bond allows for tax free growth on the investment (apart from a small element of withholding tax in certain countries of origin). All the investments inside this tax efficient wrapper can be traded without any liability to capital gains tax. Les and Samantha could disappear for a year and become non resident and then encash the bond outside of the Uk's tax regime. This would potentially save nearly nine million; They should now, much to their childrens' delight, make whatever gifts they can to mitigate inheritance tax; they should also use a qualified investment specialist rather than a generalist and ask for lost of opinions on their ability; If they decided to set up a business with their family they could receive 100% relief for Inheritance tax on death as it may be classed as a business asset. There are other trusts which can be created to allow the capital to be gifted away but retain an income but they will need careful advice at the £45.5 million mark.

And….whilst I am sure they will not let it affect their lives, they will probably, for tax reasons, knock the overtime on the head.

Peter McGahan is an Independent Financial Adviser and Managing Director of Worldwide Financial Planning. Worldwide has won 16 Financial Times awards in the last four years. Peter has also been named the top media IFA of the year by Unbiased.co.uk in 2009.

Peter comments regularly in major journals such as the Mail on Sunday, Irish News and Sunday Times and is a weekly columnist for FT Adviser. He has also appeared on Working Lunch and the Today programme. In addition he is an expert on international tax matters for a range of international publications.

Worldwide Financial Planning Ltd are authorised and regulated by the Financial Services Authority. 'The FSA does not regulate Credit Cards, Will Writing and some forms of mortgage and Inheritance Tax Planning.'

Information given is for general guidance only, and specific advice should be taken before acting on any suggestions made. The above represents the personal opinions of Peter McGahan. All information is based on understanding of current tax practices, which are subject to change. The value of shares and investments can go down as well as up.

If you have a financial query you would like Worldwide Financial Planning to respond to, call 0845 230 9876 or email [email protected].