A Kind of People

Laurence Green reviews A Kind of People at the Royal Court and finds an uncompromisingly honest and thought-provoking account of life in modern multicultural Britain. 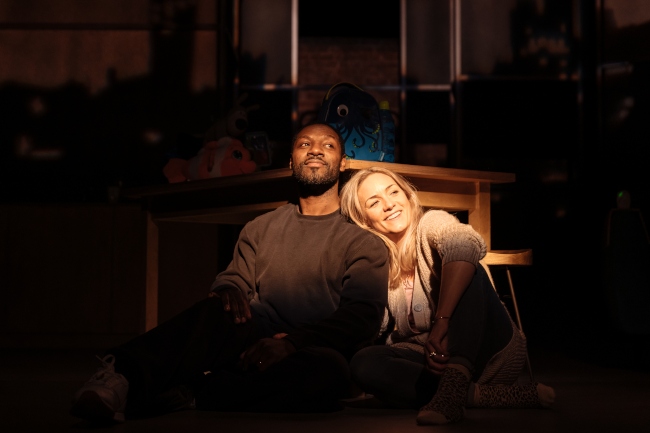 The drama focuses on a working-class couple, Gary and Nicky, who have been together since school. He is black, she is white and they have a loving marriage, children and friends. But when Victoria, Gary's boss turns up unexpectedly at a party at their council flat, she gets drunk and makes racially offensive remarks. Gary is incensed, and Victoria's apology does nothing to appease him, and things take a turn for the worst after Gary puts in for a promotion and comes face to face with Victoria at the interview. Relationships unravel and the consequences are huge.

Bhatti's writing is both witty and true and she is not afraid to dig deep into uncomfortable issues. But what is especially heartening is her ability to convey the complexity of all her characters. Gary's anger has a touch of arrogance, Nicky's well-intentioned intervention on his behalf backfires, and even a British Pakistani couple, who are among their closest friends, allow their aspirations for their son to manipulate the system. At the heart of the play, though, lies a piercing study of a marriage now under strain. Indeed Bhatti offers a damning indictment of fragmented communities in a society coursing with barely concealed racism.

But it is the excellent performances that really bring this powerful state-of-the-nation drama so vividly to life.

Richie Campbell impressively shows how Gary's self-realisation comes at a cost, while Claire-Louise Cordwell captures perfectly Nicky's grit, determination and isolation. There is strong support from Thomas Coombes as Gary's opportunist mate, Mark, and from Petra Letang as Gary's hilariously outspoken sister Karen who, at one point, tells him; "I'm practically the only black person you know!".

In short, then, this is an uncompromisingly honest and thought-provoking account of life in modern multicultural Britain.

A Kind of People