Michael Edwards visits the Warwickshire estate where they are reviving the art of the country house party.

Firstly, at Hampton Manor there are the house rules. Make yourself right at home. Ditch the stiff upper lip. Don’t act your age. There is a dress code too: wear what makes you happy.

Further advice on packing is bring your favourite vinyl LPs. There’s a retro record-player in the bar where you’ll take your pre-dinner drinks. Some Fleetwood Mac and Amy Winehouse made for good ice-breakers as guests settled in for their two night stay. The “Wasted” gin helped too. In keeping with Hampton’s eco-credentials, the gin is distilled from ground coffee-beans. Unsurprisingly it has subtle notes of Kahlua, the coffee liqueur.

So where do the discarded beans come from? Every room has its own coffee-ground. Even making a cup of coffee at Hampton Manor is an authentic soulful labour of love.

Back to the packing: include some stout walking shoes. The neo-gothic Victorian house, built by prime minister Robert Peel’s son, sits amongst the leafy glades and prime-walking territory of the Forest of Arden, just south of Birmingham.

This is the ancient forest that prompted Shakespeare, a local boy made good, to use it as the inspiration for A Midsummer Night’s Dream’s enchanted wood. Fjona Hill, the genius behind much of the Arts and Crafts movement meets contemporary decor creativity, has equipped every room with a charming map illustrating local walks.

After the first lockdown, the Hill family, who run Hampton Manor reimagined the hotel, deciding to make more of the estate. Surprisingly, a greenhouse has become a fairy-light lit restaurant. All coming as a shock to the gardener who had 60 tomato plants ready. A central row of plants allows diners to boost their meal with freshly hand-picked tomatoes. Outside, there is a fire pit for toasting marshmallows as a final course, a warmly social activity as guests mingle, linger and chat.

Another post-lockdown innovation is a switch to two-night breaks. On the first evening a set-menu dinner – there is a vegan option too – is served in The Smoke restaurant: either the former smoke-house used to heat the greenhouses or the greenhouse itself. Then on the second evening guests take a five- course tasting menu in the Michelin starred, wood-panelled Peel’s restaurant.

Peel’s is a nod to the Manor’s history. Sir Robert Peel, creator of the police force, the Bobbies were named after him, and  Prime Minister too, bought the green swathe of Warwickshire acres. After he fell from his horse and died, his son Frederick, ordered his builders to create a supreme example of mid-19th century architecture: soaring arches, porches everywhere vaulted ceilings. Back in its day it must have been all rather House of Commons and austerely formal. But Fjona Hill has lightened the mood.

Take the Pantry, which isn’t a pantry but a light lounge. A breezy wallpaper and mirrors fill this collage of sofas and coffee tables with a morning room light throughout the day. Come evening, avant-garde cylinders of light maintain the bright aesthetic.

Throughout the two-day stay there are opportunities for guests to gather, albeit socially distanced. After the first night’s dinner, Frazer Hill, a whisky guru, runs complimentary tasting session with around a dozen bottles to hand. Late morning the next day there’s a bread-making course on offer and wine-tasting in the afternoon. Most guests park-up for two days and make the most of the estate.

The grand finale is dinner in Peel’s restaurant with its central feature of the fifteen feet long Maker’s Table. A slab of oak waited for nine decades in a carpenter’s workshop, until James Hill spied it and asked for it to be hand-planed, in traditional style. That table is a metaphor for the Hills’ patient artisan approach to life.

A five-course tasting menu, with an option of wine pairings, is the grand finale to a stay at Hampton Manor – though of course there is breakfast on the following morning.

Chef Rob Palmer’s principles of high quality local and seasonal sourcing have contributed to the award of a Michelin star. Increasingly, the aim is to grow more food within the walled garden and to look to very local suppliers.

For some guests, a two-night stay at Hampton Manor is a very special celebration of an anniversary or a birthday – for others it is an escape, a chance to taste the foodie estate’s rich heritage. But with a plea to slow down, to take time and value craftsmanship, Hampton Manor is developing a manifesto of how we should live.

As Frazer Hill says, “We take a long-term view knowing we need to help forge a different kind of future for our children.”

Michael Edwards is a 50connect travel critic. He has a nose for good food and fine wine and plays a mean round of golf.
Last modified: May 13, 2021 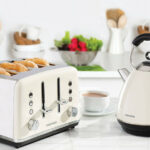