A luxurious night on Baker Street, plus breakfast! 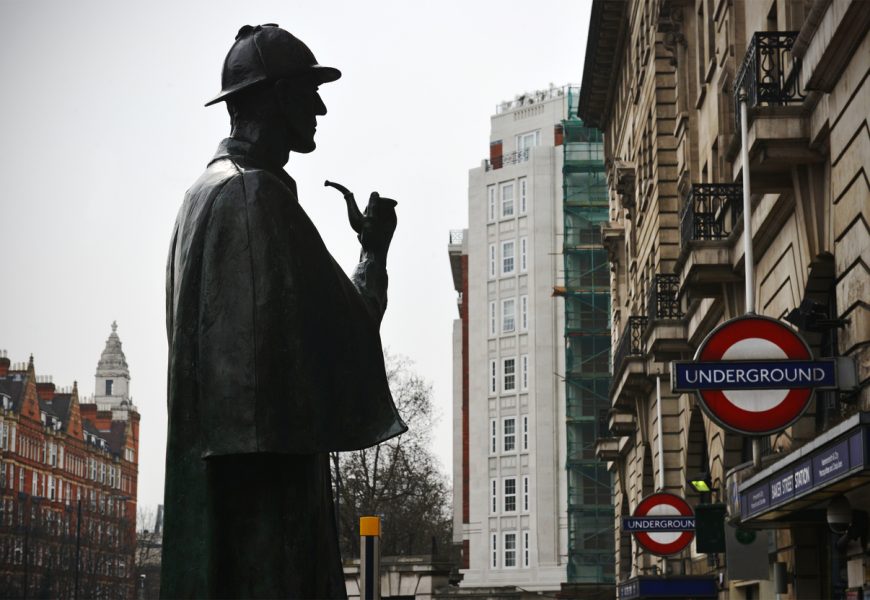 The Park Plaza Sherlock Holmes itself is around the corner from Baker Street station (hence the name and theme) and is within walking distance of Oxford Street, the Wallace Collection and Regent’s Park. It’s made up of two enormous Georgian town houses, joined back to back, and consists of three floors plus a basement.

On the ground floor is the restaurant area and meeting room, plus bar. The basement hosts a spa and gym plus two conference suites. The rest of the hotel’s floors host 119 rooms of varying sizes. Throughout, the decor had a nice art nouveau cruise ship feel (even having a mirror in one corridor that looked like a porthole) with light pine and a warm hint of ochre to the otherwise white wall paint, alongside plenty of modern art.

I was lucky enough to get one of the more spacious rooms, a studio no less. My first impression was how huge it was – large enough for two alcoves, a king size bed, a sofa and a reasonably sized bathroom with a nice deep, long bath. It was all very clean and nicely presented, replete with a complimentary plate of strawberries, raspberries, kumquats and chocolate truffles.

There was also a large flat-screen TV with a wide range of TV channels (as a rule, if it’s got NHK Worldwide and Al Jazeera, I’m happy with it). E-mail, internet access and movies were not included, though are available via a phone call to reception. There was, fittingly, also a collected volume of Sherlock Holmes stories in one of the bedside drawers. It made a change from the usual Gideon Bible.

I checked the cabinet on which the TV was placed. It had the two prerequisites needed for a good hotel room – tea making facilities and the mini-bar, though I decided to resist the temptation to use the latter. (That way lies madness.)

With dinner in mind, my partner (and in-house vegetarian) and I made our way to the restaurant – and both the food and the service was excellent. We had Poached Egg & Wild Mushroom in Cheddar Sauce and Beetroot Salad & Goat’s Cheese for starters, followed by Wild Mushroom Ravioli with Oxford blue cheese and baby spinach, and Gloucestershire free range chicken marinated in thyme, garlic and honey as mains. Both were really impressive dishes, as were the sides – huge onion rings and some very nice mixed vegetables cooked in a wood oven.

Dessert was a selection of ice creams and sorbet, plus rhubarb and raspberry crumble. The crumble’s topping was very light and fluffy, while the filling was a good balance between sweet and bitter. We had real ale and wine with dinner, which was promptly served by our waitress, and the in-house vegetarian also thought it was very good, making up for a dreadful lunch she had earlier on at an over-priced gastro-pub that seemed to only cater for carnivores.

We went back to our room and opened the windows to hear the deliveries being made late at night. This is what keeps central London running, but few actually realise it happens. We retired for the night and fought off the urge to use the mini-bar – albeit not for the last time.

I got up early in the morning to try out the gym. This is open 24 hours, as long as you’ve got your key card. The room is small and has only four machines plus a range of free weights. Nonetheless, there is more than enough here for a good work-out, as long as you time it so you don’t have to compete for space. The sauna was only just around the corner, but I sadly didn’t have time to try it.

Not when I could have missed the continental breakfast waiting for me upstairs. Once again, the service was excellent, and there was plenty to eat, though you’re in a fix if you can’t eat pork or you’re a vegetarian as options in these regards are somewhat limited. Still, our waitress kept us laden with tea and coffee and it was otherwise a good start to the day.

It was then time to check out, however, but once again the staff were very helpful, asking if we’d like to leave our bags behind the desk or if we’d like a taxi. Again, we declined, but it was another example of the great service we had received. As we left, I felt just a little sad that we couldn’t stay longer, but at least we didn’t give into temptation with the mini-bar… 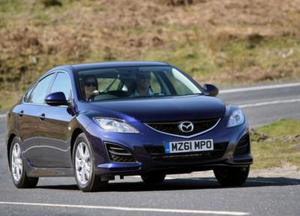 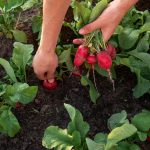 Next Story
Seasonal vegetables: What to eat in March