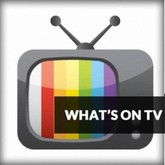 Read the latest TV news, TV gossip and features on TV. Find out about your favourite soaps and get the latest on X Factor and Strictly.

TV guide and TV listings plus Time Out reviews of what to watch on TV. Find out what's on with WHAT'S ON TV guide.

The Soaps EastEnders
Sharon makes a move on Jack

Sharon turns Jack down when he arranges for Tanya to babysit Dennis so they can have a date. Sharon changes her mind when he suggests she bring Dennis. To Jack's delight, Sharon turns up alone and things soon get steamy, but Jack suddenly pushes Sharon away. Why?

Billy covers to new social worker Trish when she catches Lola with Jay. Trish notices Butcher's Joints is closed and wonders what Billy is going to do for a job. Billy begs Michael to keep the business on, worried he'll lose Lola.

Syed feels pressured by Christian who wants to set a date for the wedding under the impression that Syed's in the money after selling the cleaning products. Zainab asks a guilty Syed to help Tam with the restaurant books, proud of his business skills.

Coronation Street Does Lloyd have a daughter?

Lloyd returns to Mandy's home, but a young woman Jenna opens the door claiming Mandy is her mum. Lloyd leaves hurt that Mandy told him she didn't have any kids. Later he tells Eileen that he and Mandy once had an affair. Just as he's working out Jenna's age Mandy storms in.

Jai's helping Rachel settle into her new flat when she finds out he's also got a set of keys to the place and she takes them back. Well, what did he expect? He leaves and Rachel's alone. But is she happy? Pregnant Gennie's got a lot of on her mind. Her natural mother died in childbirth.

EastEnders was named Best Soap at the 2012 British Soap Awards in London.

Drama Downton Abbey
The honeymoon is over!

Matthew and Mary return from their honeymoon with a new car, but all is not well at Downton.

Lord Grantham's money worries look as though they're deepening, but Mary and the Dowager decide to hatch a plan to save the house. Their cunning plan is to throw a huge house party which will show off Downton's worth to Martha, and thus convince her to give them the money to rescue it. But the whole evening is thrown into doubt after a catalogue of problems. Despite them, can they manage to pull off the perfect party?

Karen Gillan: Doctor Who exit will be emotional

Doctor Who star Karen Gillan has revealed that fans can "expect tears" when she bows out of the show in two weeks time.

The actress will be seen as the Doctor's sidekick Amy Pond for the last time in the fifth episode of the current series - while her screen husband Rory, played by Arthur Darvill, will also depart.

And she admitted she was glad to be going out in an episode written by series creator Steven Moffat and featuring the Weeping Angels.

"Stephen has written such a fantastic ending, I expect tears," she said.

Moffat said that viewers could expect "heartbreak" in the episode, adding, "We see the Doctor and his little Amelia Pond race through the streets of Manhattan to save Rory with help along the way as River Song charges back on to our screens, just in time to say goodbye."

The latest series will also see the return of the Timelord's military allies - the UNIT - who first appeared on the show in 1967.

The UNIT - which is short for Unified Intelligent Taskforce - is now led by Kate, played by actress Jemma Redgrave, and will be seen for the first time in next Saturday's episode The Power Of Three.

Matt Smith said they were returning, "for the fans," adding, "I think they like cyclical things and we have a good story. It was great to do an episode with UNIT and I hope the true fans like it."

This tongue-in-cheek crime show has been embodying that phrase for six very popular series. But with 46 episodes and countless convictions to their names, is it time that we took this crime-fighting foursome more seriously?

TV’s most curmudgeonly cops are back on our screens with a seventh helping of the show, returning to pry open the lid on more dastardly, unsolved cold cases from yesteryear.

According to show insiders, the new series will be darker than previous runs. The cases – which include the death of a wealthy financier and an undercover operation in the London Library – are going to get grittier, and there may be less focus on the personal lives of the team.

That said, fans will be hoping for more revelations of the kind that peppered the closing scenes of series six. In the finale, we learned that Gerry was descended from French Huguenots – much to his annoyance, because everyone joked that he was a ‘fake Cockney’. More shockingly, Sandra also discovered that the killer she had been tracking in the latest cold case was none other than her own, long-lost brother. The horror!

Keep an eye out for some excellent guest cameos, too – from Being Human’s Paul Rhys to Ladies of Letters star Anne Reid, Sherlock’s Rupert Graves, One Foot in the Grave’s Annette Crosbie and recent Celebrity MasterChef contestant Neil Stuke.

Havelock High pupil Liberty has gone to the local paper about what's been going on at Waterloo Road's rival school. She's claimed that Findlay has been fiddling with the school's figures and banning children who he feels are a bad influence.

Her whistle blowing has led her to Waterloo Road. She wants to be enrolled as a pupil, but Michael is adamant that the books are full and she won't be admitted to the school. However, Audrey is convinced that she can make a brilliant contribution to the school. Will Michael listen to her?

Meanwhile, Michael says that they're still going ahead with the inter-school competition despite the bad press the school has received. Both Havelock High and Waterloo Road face each other, but it can only end in disaster.

Holby City's normally laidback porter, Big Mac, is in a foul mood when he arrives for his shift at the hospital this week. His temper isn't improved when, after another dispute with Louise, best mate Noel sides with the bossy receptionist.

Big Mac storms off, but Louise corners him and gives him a vicious tongue lashing - she even accuses the Falklands Veteran of having no pride and adds insult to injury by calling him fat!

Later, Big Mac retreats to his 'office' - a storage cupboard he's fashioned into a cubby - and collapses clutching his chest...

Will Mac die before anyone find him?

Jeff and Tamzin bring in the Eldon family - mum Maria, dad Gray and daughters Maddy and Siana. As Gray is treated for a fractured skull, Tom, Jeff and Tamzin are left to piece together the puzzle of what really happened behind closed doors.

Was it an accident, a case of self-defence or something more complicated?

There are no media for this group