An utterly bleak account of endurance, barbarism and human spirit.

Each day in London, thousands of commuters, including myself, are shuttled into rail termini in accordance with the railway timetable. A peak time train between Woking and Waterloo disgorges approximately 1000 people at its final destination. All very unremarkable, the people accept that this will be their destination because a timetable says so or someone in authority has told them that this is the case. It is a tidy feat of logistical planning, we disembark, perhaps say goodbye to a friend and go about our day.

Seventy years ago between June 1942 and August 1943 a far more malevolent purpose was devised for this everyday mode of transportation. Sixty miles north east of Warsaw, on a little-known branch line, the SS shuttled with stone-eyed efficiency sons and daughters, mothers and fathers, young and old from destinations all across eastern Europe to the Nazi extermination centre, Treblinka.

‘Treblinka – A survivor’s memory’ documents the experience of Chil Rajchman, a Polish Jew, arrested with his younger sister in 1942 and transported to the death camp where more than 750,000 people were murdered over its 13-months of operation.

Franz Stangl, the Commandant of Treblinka, showed chilling lack of remorse when captured, describing his involvement like this, “Regarding the question of the optimum amount of people gassed in one day, I can state: according to my estimation a transport of thirty freight cars with 3,000 people was liquidated in three hours. When the work lasted for about fourteen hours, 12,000 to 15,000 people were annihilated. There were many days that the work lasted from the early morning until the evening … I have done nothing to anybody that was not my duty. My conscience is clear.”

It is almost impossible to comprehend the scale of the crimes perpetrated by Stangl and his men. Rajchman’s account is a profoundly shocking bombardment of the senses: from his brutal reception and separation from his sister at the Schlauch (feeder to the gas chamber), to his speedy realisation of her fate and the discovery of her clothing as he sorts the effects of the dead.

Transcribed from the scribbled notes he made as he recovered in Warsaw in 1945, a 10-month purgatory of incessant beatings as he laboured as a sorter – sifting the clothes of the newly at Treblinka station; as a barber – shaving the hair of the newly arrived women and children as they made their way to the gas chambers; as a corpse carrier – hauling those same newly arrived women, children and old dead from the gas chamber. And finally, as a dentist – pulling the gold and crowned teeth from their corpses.

In addition to Rajchman’s account, this volume also includes the complete text of Vasily Grossman’s ‘Hell of Treblinka’, one of the first descriptions of a Nazi death camp; a powerful and harrowing piece of journalism written only weeks after the camp site was discovered by the Soviets.

This is a truly harrowing book, it is bleak not redemptive, it tells in excruciating detail the Nazi policy of murder on an industrial scale. Rajchman’s account has remained in his family unpublished until now and, unlike Grossman’s soviet propaganda piece, he offers no lessons. His text is unembellished: it is brutal immediate and heartbreakingly honest. This book is a necessary read.

Our aim is to provide content for 'grown-ups' bringing you the latest lifestyle, travel and recipes. Plus health and finance tips from our expert columnists. Have your say on stories that matter to you and enter our free competitions and most important of all, enjoy 50connect!
Last modified: March 12, 2021 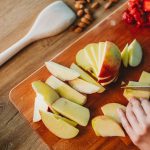 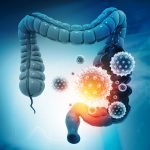 Next Story
Know the signs of bowel cancer