An uplifting new musical comedy about friendship, love and the importance of fighting for what is right is how you could describe Rupert Goold’s new stage production Made in Dagenham (Adelphi Theatre), inspired by a true story and based on the hit movie.

The place is Essex, the year 1968. Like millions of other working women, each morning Rita O’Grady is just trying to get her husband out of bed, get the kids off to school and get to work at the factory on time. But life is about to change forever when it is announced that the girls in the sewing room of Ford’s Dagenham car plant will have their pay grade dropped to ‘unskilled’. Quickly drawing on a strength she never knew she had, Rita leads her friends in a battle against the might of Ford and the corruption of the Union supposed to protect them. As the girls inspiring journey gets bigger than anyone could have imagined, the pressure is too much for some, but can Rita keep up the fight and the happy home she’s worked so hard for?

Adapted from the book by Richard Bean, this is an unusual musical in that it is not driven by romance and makes a strong case for the value of industrial action and women’s rights. The events depicted both reflected and affected the political climate and the changing times and contributed to the 1970 Equal Pay Act. As a piece of theatre, it is by turn crude, dichéd, funny, sad and inspirational. I think it was a mistake to caricature Harold Wilson, the Prime Minister of the time as a pipe-sucking buffoon, dispensing a stream of senile misogynistic remarks. The music by David Arnold, with lyrics by Richard Thomas, is perky but unmemorable, sustaining the feel-good factor of the show. Indeed who could forget the lines of placard-waving women belting out rousing, indignant anthems?

The show manages to eschew sentimentality and maintain a strong sense of conviction with an inventive set that moves swiftly from Rita’s home to the girls’ chatting as they stitch seat covers for the cars and the industrial machinery in action on the shop floor.

Gemma Arterton radiates allure as Rita O’Grandy, the housewife and mother who finds a voice she never thought she had and becomes the women’s forthright representative, taking the fight to the TVC Conference and the House of Commons. Adrian der Gregorian is effective as her husband and fellow Ford worker, as is Steve Furst as the villainous American boss, while Naomi Frederick makes her mark as the English manager’s wife who befriends the strikers. Isla Blair is affecting as the tough, dying union activist, and Sophie-Louise Dann is a remarkably lifelike Barbara Castle.

This then is a show which, despite its faults, certainly has its heart in the right place. 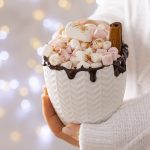