How I coped with breast cancer

Tessa Guy (50) is a breast cancer survivor and the founder of In Mind In Body. This is her story. 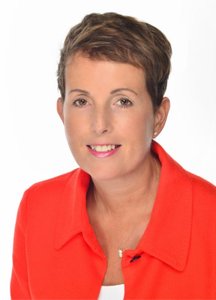 Being a Personal Trainer, Tess considered herself fit and healthy and so having a life threatening disease was far from her mind.  “I never smoked in my life, there was no family history of early breast cancer, I eat well, enjoy exercise and drank moderately, at the weekends.”

But in May 2010 Tess, like around 55,000 people in the UK each year, was diagnosed with breast cancer.   “Whilst I was out running one day, I noticed that one breast felt slightly heavier, but I didn’t think too much of it.” Eventually a girlfriend bullied me into making a doctor’s appointment. The agonising pain of a mammogram, left me in no doubt that something was seriously wrong. A biopsy a few days later, confirmed breast cancer.

Tess described the enormity of what she was about to face as excruciatingly stressful. In June 2010 Tess had a right mastectomy which revealed triple negative breast cancer (TNBC) which is a rare, aggressive breast cancer which often returns and a tumour that had spread over 8.6cm with lymph node engagement. “Originally I thought I might get away with a mastectomy and radiotherapy, but a day after my mastectomy the breast cancer nurses informed me that chemotherapy was necessary too. I dissolved into tears on the spot – I’d heard about all the hideous side effects of chemotherapy, the sickness, hair loss, exhaustion – this on top of what I was already facing in my personal life.

However I was in a ward, surrounded by five other people who had recently undergone surgery for cancer and I realised I was luckier than many and we all agreed we would face the challenges that lay ahead together. Six individuals thrown together, united together to help one another face another day, I was not alone.”

The debilitating treatments were relentless and exhausting, so Tess would often recuperate in bed and read. Tess was desperate to find out why she had cancer and was also intrigued to learn how people have managed to overcome their battles through self-healing. A particular book by Bruce Lipton, ‘Biology of Belief’, left a lasting impact on Tess. “It opened my eyes to a scientifically proven life of endless possibilities.”

With the biggest challenge that she has ever had to face in front of her, Tess knew in order to heal that her attitude to life needed to change, her immune system was already heavily compromised by stress including that of her failing marriage. She needed to make changes in her life in order to fully recover.

“What I found are the stone cold facts that we produce over 70,000 thoughts a day, and even more shocking, that 70 percent of those are negative and we repeat 90% of our thoughts the next day. Every thought we have has a physical and chemical reaction in our body so if we constantly have stressful or negative thoughts then our bodies can be thrown off course, physically and mentally including affecting our immune system. Into my fourth chemotherapy treatment, with no hair, minus a breast, lacking a number of my toe and finger nails, a boil on my head, a septic hickman line in my chest and aching from limb to limb, I chose to believe I could create a brighter future, not only for myself but for others too.”

Tess continued her search for answers for recovery from cancer. “The more I realised if I was going to heal I needed to make some changes in my life and I needed to change my thinking.”

People living with cancer and other serious illnesses are often advised and encouraged to ‘rest up’ rather than undertake physical activity. But emerging evidence has proven that physical activity can in fact reduce the impact of some debilitating side effects such as swelling around the arms, anxiety, depression, fatigue, impaired mobility and weight changes. In June 2011, Macmillian cancer support published the “Move More” report which referred to, “Physical Activity – the underrated Wonder Drug” for people living with cancer. There are two million cancer survivors in the UK and Macmillan estimates that a possible 1.6 million are not physically active enough.

Research indicates that sufferers from certain types of prostate, breast and bowel cancer, could reduce their chances of recurrence by up to 50% if they participated in the weekly 150 minutes moderate intensity exercise, recommended by the Department of Health.

Having reached the end of her treatment in February 2011, Tess realised that whilst changing the way we think combined with some gentle physical activity when possible can make all the difference to those living with cancer, there are times during treatment when people are too tired and debilitated to even contemplate exercise.”

One morning unexpectedly, the concept of visualisation sprang to Tess’s mind. “The power of our minds is quite literally limitless. A crucial component of visualisation is the ability to release those negative thoughts that are holding us down and to replace them with positive ones. Guided visualisation is not like a drug, it has no hideous side effects, it can only be beneficial. In relaxing the mind and body, stressful everyday thoughts can be circumvented, to improve quality of life, boost the immune system and activate our own innate healing powers so I decided to set up my business In Mind in Body which provides visualisations of all sorts to ease and support the lives of people living with cancer.”

“It is still early days for the business but the concept of ‘visualisation’ is widely accepted in the sports world so my first challenge was to film a number of celebrity visualisers, to inspire others to give it a go. Luke Donald, a much admired golfer in my family of boys was the first to agree but now we have other sporting stars supporting In Mind In Body like cricketer Jimmy Anderson, Hurdler Sally Gunnel, Paralympic Judo medallist Ian Rose and Javelin Thrower Steve Backley and Greg Searle Olympic rower.”

As Tess’s visualisation concept began to broaden, she found herself with an invitation to present her ideas to Professor Angus Dalgleish, head of oncology research at St. George’s Hospital. This opportunity catapulted her concept even further to reach a wider audience of medical professionals, some of whom make up the ‘In Mind In Body’ team today.

“Cancer gave me the opportunity to address my life. My sincere hope is that In Mind In Body illustrates to people how powerful our minds can be and by visualising, you are activating the power to heal in conjunction with light exercise and conventional cancer treatments. We also offer hope, support and information for cancer sufferers. If you had told me in June 2010 that I would start up a company and foundation, create and trademark a logo, design a website, engage accountants, social media, marketing/PR and business support, I would have said you’d got the wrong person!”

In January 2012 Tess had breast reconstruction surgery and this year she had nipple tattooing with renowned medical tattooist Caron Vetter.