Home&nbsp;|&nbsp;Articles&nbsp;|&nbsp;Your gifts in Wills power tomorrow's break throughs&nbsp;|&nbsp;“I want other people to get the second chance that I had”

Tony Larlham is proud to be one of the people who together fund around a quarter of the UK’s independent heart and circulatory disease research by leaving a gift in his Will to the British Heart Foundation. 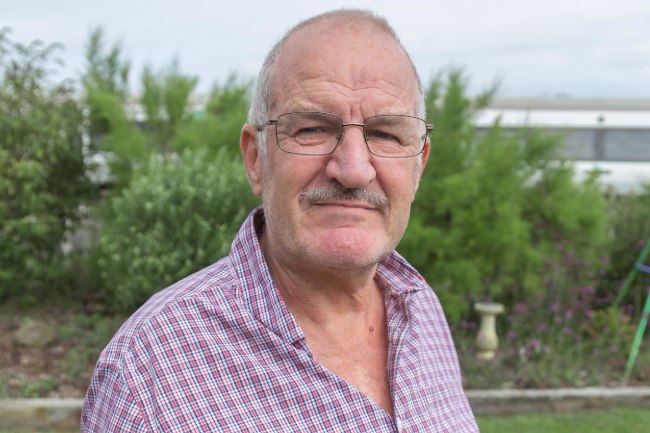 Tony Larlham was just 16 when his dad Percy died of a heart attack. Percy had served in WWI, was a member of the Home Guard in WWII and aged 74 was still working, managing a sports shop.

“He drove home from work on the Monday looking awful, and the following Saturday, 14 September 1968, he died,” remembers Tony. “There was no proper treatment for a heart attack in those days. Mum called the GP, who said he should go to bed and take some painkillers. That was all there was back then.”

The revolution in our understanding, diagnosis and treatment of heart conditions is thanks to the research progression from the last 50 years. For Tony, this is the reason that he has decided to leave a gift in his Will to the British Heart Foundation, the biggest independent funder of heart and circulatory research in the UK.

BHF researchers helped establish the cause of heart attacks – a blockage in a coronary artery – which paved the way for life saving treatments such as clot busters and stents. Fifty years ago, most people who had heart attacks died, but today seven out of ten survive to go home to their families.

Four years ago the huge improvements in care came even closer to home for Tony. He says:  “If it wasn’t for the research carried out by the BHF, I wouldn’t be standing here today. In 2015, I survived an aortic dissection thanks to emergency surgery replacing the aortic valve and root, with a coronary bypass graft and a pacemaker fitted, giving me a longer life and the opportunity to see my grandchildren. That’s why I’m leaving a gift in my Will, so more people like me are given a second chance.”

We call it Will Power

In his own lifetime Tony has seen the difference research can make. “When I consider what was available in 1968 for my father and compare it to my own experience, I realise the huge impact of research and pioneering treatments. I know that BHF will spend the money wisely and fund more pioneering treatments and research related to all aspects of improving patients’ lives. If by making a donation in my Will, it means that someone else has a better quality of life or an extended life, then it’s a wise investment as far as I’m concerned.”

Tony survived to enjoy his grandchildren blossom into becoming little people. Leaving the BHF a gift in your Will has the power to keep families together for longer, by funding life saving research into cures and treatments to beat the heartbreak from heart and circulatory diseases. This includes research being carried out by BHF-funded Professor Manuel Mayr at King’s College, London. Professor Mayr and his team are studying the molecules and proteins that could better identify people at risk of having a heart attack or stroke in the future.

This world-class research could ultimately reduce the number of people living with heart failure, keeping more families together and giving people more precious time with one another. A gift in your Will is more than just money; it has the power to save lives.